Wrongful or accidental death occur when an individual is killed by another party’s misconduct or negligent actions. The surviving heirs bring the case forward (usually a spouse or child of the deceased). Our wrongful death attorneys are experienced with these cases, and are able to offer a free consultation if you have lost a loved one and are seeking help.

What are Examples of Wrongful or Accidental Death?

One possible way to look at it is, a wrongful death can be defined as an incident which would have had grounds to be pursued as a personal injury case, had the individual survived. There are a few common examples, and these can include the following scenarios:

Who Can Bring a Wrongful Death Case to Court?

In an ordinary personal injury case, the case would be initiated and pursued by the injured party. In the event of wrongful or accidental death cases, however, this obviously cannot occur, and so another family member is required to take on the responsibility and seek justice and damages. Utah law states that a claim must be filed by someone who is an heir of the deceased party or a personal representative of the estate; this figure is usually specifically named in the will or estate plan. If, at the time of death, the deceased was an adult, but under the guardianship of another, this legal guardian will also be in a position to file a claim for wrongful or accidental death.

In most cases, the responsibility falls to the surviving spouse – the wife or husband of the deceased. It should be noted that unmarried partners will not usually automatically have this right unless they are specifically named as a representative of the estate. Adult children of any age who survive their parents may also be eligible, possibly along with surviving stepchildren. To qualify, however, it is most likely that the latter must have been under 18 at the time of death and are required to have been financially dependent on the deceased. On occasion, the surviving parent or parents will be eligible, including adoptive parents, or any other blood relatives listed in the inheritance laws – this usually covers siblings, cousins, and blood aunts and uncles.

What is the Responsibility of the Surviving Heir?

If the case is successful, the judge will possibly award damages to the heir and dependents. This financial reward allows those left behind to meet critical costs such as funeral and burial expenses, any outstanding medical costs or fees, pain and suffering, loss of wages which would have been earned by the deceased, and support for any children or dependents who may be left behind.

In most cases, it will be the job of the personal representative to divide the damages according to need and in line with any wishes or requests which are outlined in the will or estate plan left by the deceased. On occasion, it may be necessary for the attorney to step in, along with a judge or independent mediator, to ensure that all settlements are distributed and allocated fairly. If the case goes to trial, one single award will generally be made to all of the eligible survivors, with the judge dividing more closely later down the line. 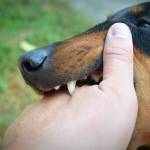 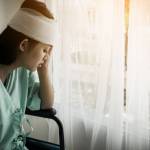 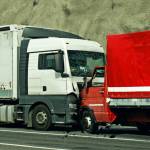 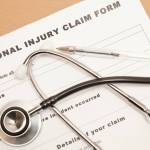 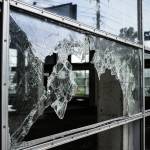 My husband and I were treated respectfully and are well pleased with the service we received. We will recommend them to others.

Did a great job with my settlement. Brandon was very professional and always kept me in the loop of what was going on.

My car accident was unexpected and devastating but the attorneys and staff were very professional and helped me through every aspect of my case.