When it comes to ranking road users, motorcyclists are sadly pretty high up the scale when it comes to risk. They have a far higher chance of being involved in a crash than other users, and the injuries they suffer are more likely to be severe, and in some cases, fatal.

There are several reasons for the higher risk levels of a motorcyclist, but primarily, smashes tend to come down to three key areas: size, visibility, and concentration. Most car drivers will subconsciously be on the lookout for obstacles that are ‘like them’ – that is, large, heavy cars, vans, and trucks. Motorcycles are small and light, traveling quickly and without causing much of a visual impact. As a result, many drivers will automatically tune them out of their checks and observations, which can be catastrophic for the riders. Contact our Salt Lake City motorcycle accident attorneys in case you have faced a motorcycle accident that resulted in an injury.

This lack of awareness and reduced visibility means that certain types of crashes and collisions are more likely and prevalent due to motorcycles not being seen by car drivers. One of these common accidents occurs when one vehicle looks to switch lanes.

What Is a Lane Splitting Accident?

As the name suggests, a lane splitting accident occurs when a motorcyclist decides to drive between two lanes of traffic, which have stopped or are moving slowly. This typically occurs in heavy, congested traffic, or at a set of traffic lights.

Lane splitting increases the risk of accidents, as it increases the proximity of the car and the motorcycle, and means that motorcyclists have less room to move or maneuver. It is also unexpected for drivers; they will not be expecting anyone to pass them, and so will be unprepared. A motorcycle can disappear into the blind spot of a driver’s car, increasing the risk of an accident.

A blind spot refers to an area around the vehicle that the driver cannot directly observe while at the controls, either through their windscreen, wing mirrors, or rear-view mirror. Ideally, you should be able to see the mirrors of the car in front and their face at all times – this gives them the greatest chance of being able to see you.

How Can I Avoid a Lane Splitting Accident?

The easiest way to prevent yourself from being caught up in a crash is not to split lanes in the first place; it is dangerous, usually unnecessary, and causes stress to other road users. If, however, you do decide to split lanes, you must ensure that there is plenty of room. Your motorcycle must be able to traverse the gap without hitting any cars, side mirrors, or obstacles.

Observance and awareness are also crucial; if there is a gap in a section of stopped cars, the chances are that another car is looking to merge, and you risk hitting them. Keep an eye on drivers’ head movements; do they look like they are checking their blind spots or mirrors? Have they engaged the turn signal on their car? What direction are their tires pointed in? These are all hints that the diver is preparing to move, and can offer useful clues to help you stay safe. 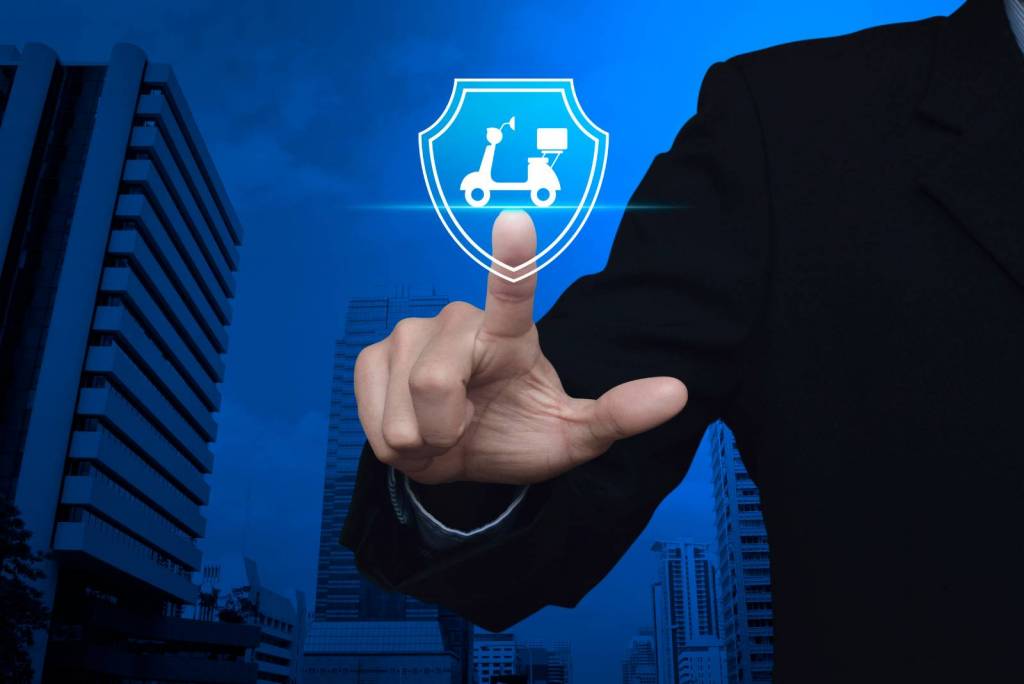 Why Is Having Uninsured and Underinsured Motorist Insurance So Important?

Should I Hire a Lawyer If I’m In a Motorcycle Accident?